Synopsis:
For thirteen-year-old Del Turner, the coming summer is full of promise. It means no more teachers or bullies, no more homework or getting up early to catch the school bus. 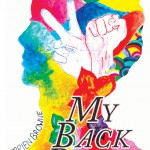 Now starts the time of youth, of endless lazy days in the Central California hills. A carefree, glorious time.

But this is no ordinary summer. It is 1968, and although Del doesn’t realize it, it will be the last innocent summer. After ’68, nothing will ever be the same again.

At the beginning, however, Del is still just a boy. His speech crackles with the vivid slang of youth. He loves to play in the sand with his toy soldiers or run off into the hills to be a Secret Agent forRobert Kennedy, his hero. It is an exciting, portentous time. From overseas come reports of a far away war in Vietnam. Davy, Del’s friend, even has a brother fighting there. And with his little sister Mary Ellen, Del awaits the birth of puppies from the family dog. Each day brings a new wonder and Del is content to watch them unfold from his mountain home; he refuses to go into the city because doing so reminds him of school and other unpleasantries of the “real” world.

But Del’s happy isolation does not last long. The magnificent summer days cannot hide the tensions between his strong-willed, book-loving mother, and his demanding father, whose massive frame and hard drinking combine into an explosive personality the mother is always struggling to contain. In addition, Kathy, his seventeen-year-old sister, is entering the adult world of boyfriends and
responsibilities. She battles with her parents, further exasperating the troubled atmosphere at home.
And there is the hippy musician Ritchie Lane and his girlfriend Morning Star, who introduce Del to a new and wondrous world of drugs and rock music–and to Roni, Morning Star’s younger sister. But there is a complication: Roni is black, and Del’s father a racist. Thus is Del slowly pulled into the grown up world.

And the adult world is not pleasant. During one hot June’s night, as the children eagerly await the birth of the puppies, comes the shattering news of Bobby Kennedy’s assassination. This tragedy is quickly followed by others–the death in Vietnam of Davy’s older brother; race riots in American cities; student uprisings in Paris and Berlin. Against this backdrop are the changes happening in Del’s family: his mother’s desire to break away from the home and Kathy’s rebellion against parents who cannot understand the needs of the Flower Children. As much as Del resists, he feels himself growing older.
He stops playing with his toys just as a few hairs sprout on his chin. His interest in Roni increases as they exchange their first furtive kiss. Toys no longer hold the old fascination for him.

The story, a mixture of poetic imagery and stark realism, moves along like a bolero, a steady beat rolling faster and faster until it rises up into a crashing crescendo in the steamy days of high summer. During his dad’s birthday party, Del’s father gets into a fist fight, which proves to be the last straw for his mom. Tired of the antics of Del’s crude father, the mother leaves home. At the time, however, this all appears hilarious to Del, because he has dropped a tab of acid that Ritchie Lane gave him, and floats blissfully on top of an elastic world of shimmering colors and strange sights.

But reality hits him full on in the coming days. Del’s mom is gone, Kathy withdrawn and moody, his father drunk. As if this is not enough, the puppies become diseased and must be destroyed.
Foaming at the mouth and mad, they are hunted down by Del and his father and shot. Burying them, it seems to Del, is like burying a part of his youth. Fleeing to Roni, he is shocked to discover that she must return back east to Detroit to care for her ailing mother. And besides, she tearfully tells Del, school will be starting soon, and the summer is ending.

Summer is ending. It was a time of transformation and questioning for all–Kathy on the threshold of adulthood, the mom rejecting the noose of a housewife’s existence, and Del’s dad, lost in a new world dawning in which the old values no longer apply.

The summer of 1968. Del, indeed America, had put such hopes into it, and had seen these hopes destroyed. The birth and death of the puppies and the murder of RFK: this was the promise and betrayal of ’68. The novel concludes with the rapid peeling away of the hot August days, leaving Del stunned and wishing for something he had never in his life wished before: that the summer would end.

This is the untold story of the late ’60’s–not the glossy, cliché-filled media version, but a glimpse into the turmoil of private American lives, the inner confusions, the sense of things spinning out of control. To many this was a time of cruelty, a final reckoning, for the early ’60’s had risen hopes impossibly high, and 1968 crushed them under the terrible weight of reality. John Lennon sang “come together,” but many–like Ritchie Lane and Morning Star–chose escapism by drifting away from the world’s convulsions on a glimmering cloud of drugs, alcohol or “do your own thing” mysticism. 1968 was the year of youth’s triumph but also of its defeat. For Del Turner it is a tumultuous time in which he learns some hard, cynical lessons that leave him forever changed. The Dream was dead before he had gotten a chance to participate in it.